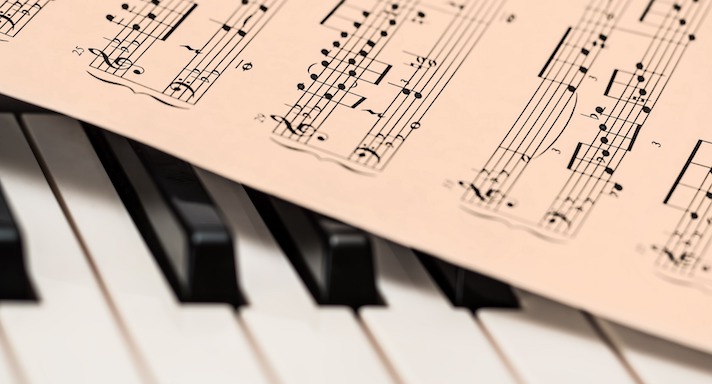 In this lesson, we will learn about slash chords (also known as slashed chords). Those are types of chords where the bass note is different from the root of the chord. It is a way to create interest and variation in a music piece.

The slash chord has the following format: X/Y, where X is the chord and Y is the bass note. Let’s see an example:

This example means that we have a C chord and we will play it over a G bass.

The bass note, however, doesn’t necessarily need to be a chord note, as seen below:

So, this would be considered correct:

As well as this:

Here’s a C/G chord in the keyboard diagram:

Notice that the chord is in the root position. However, we could use any inversion as well.

You could ask: “how will I know if I must invert the chord or not?”

Actually, it will depend. If you’re playing solo or comping a singer or another musician, maybe it will require a different approach. It will also depend on the song arrangement. But usually, you can freely mix chords in root position and inversions. I would say that it is a creative process, and it’s up to you.

Maybe it doesn’t make much sense hearing a slash chord individually, but they sound amazingly good when you put it in a chord sequence:

That’s it! Keep practicing and I see you in the next lesson.