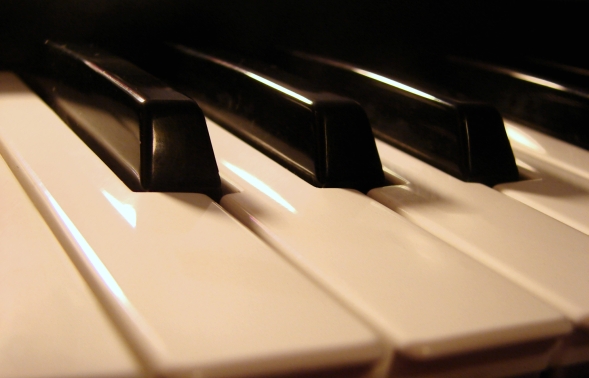 MUSIC THEORY FOR PRODUCERS – SCALES. Today we will start learning about one of the most important topics in music: scales. Even if you still don’t read music notation, learning and understanding scales will improve your productions to a whole new level.

A scale is a set of notes started by a fundamental pitch and arranged in ascending and descending modes. A scale usually spans an octave.

There are several types of scales: Major, Minor, Chromatic, Blues, Pentatonic, Modal, etc. We will start learning the Major scale, because it’s the most common in popular music, and other scales will always refer to the Major scale.

A Major scale consists of seven different notes. The eighth note is an octave above the tonic. What mostly differs one scale type from the other is the sequence of intervals between each note. By learning the sequence, which is also called a pattern, you can build any kind of scale.

The Major scale follows a pattern of whole and half tones. The best way to understand it is playing and analyzing the easiest Major scale for keyboard and piano players – the C Major scale: 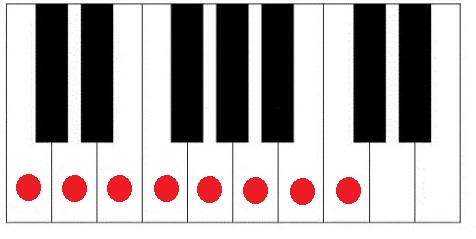 The notes of a scale are also called scale degrees. The first note is the 1st degree and so on.

C Major scale has C as the tonic, and it contains only the white keys of a piano, in their natural order: C, D, E, F, G, A, B, and C again (an octave above the tonic).

Notice that we use Roman numerals to indicate the scale degrees.

The Major scale follows a pattern of intervals between each degree, and that pattern is what identifies a Major scale.

Here are the intervals between each scale degree:

I would recommend you just to memorize the location of half steps (III-IV and VII-VIII degrees), and the rest will work.

The next step is to play the C Major scale, as we have seen in a previous tutorial:

1. Playing with the right hand:

2. Playing with the left hand:

Usually we play Major scales in ascending and descending mode.

In the next tutorial, we will continue to cover Major scales.