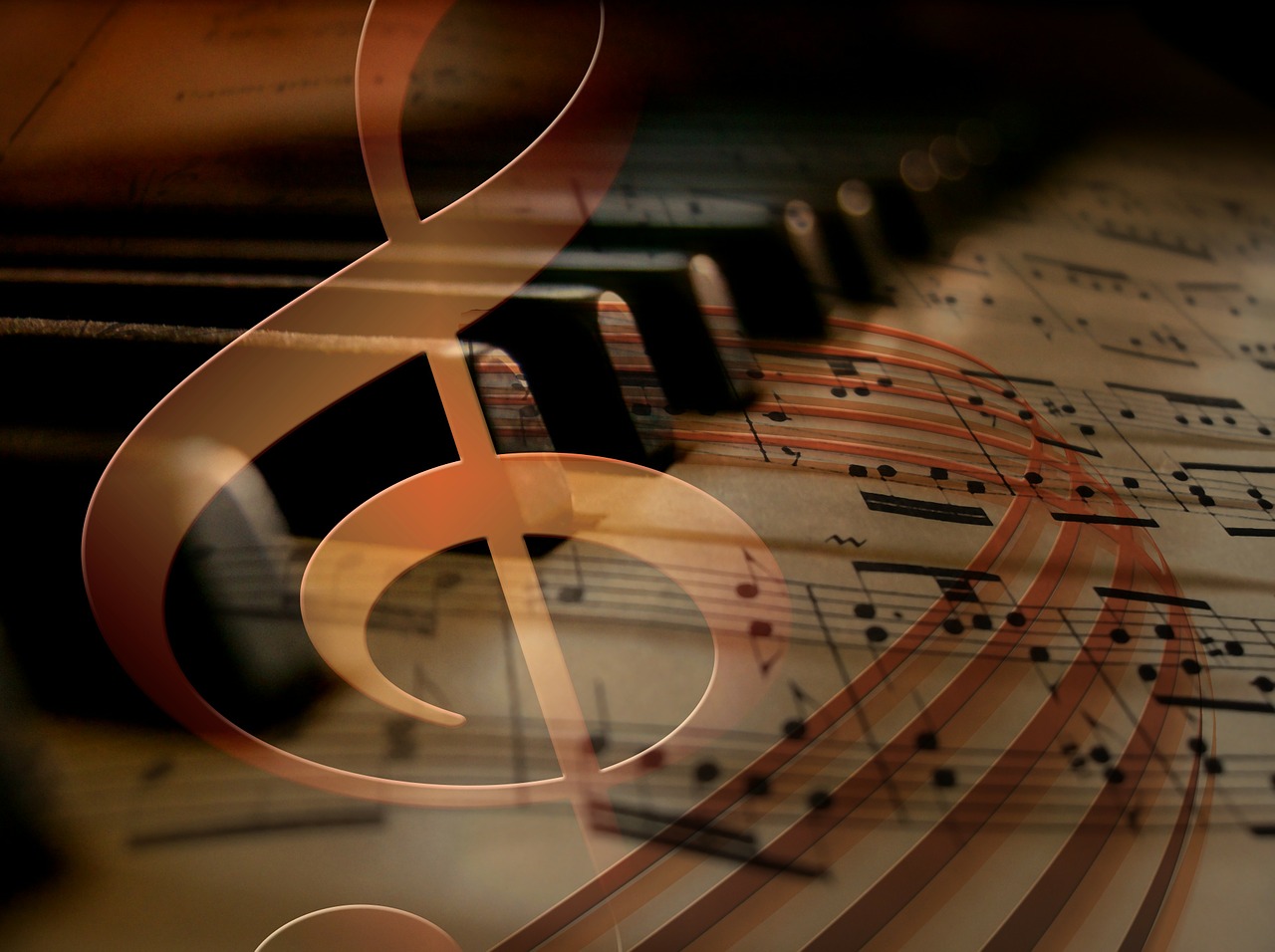 In the previous music theory for producers lesson, we learned how to identify notes in the keyboard, and also we did our first keyboard practice.

Today we will start with another piano/keyboard practice. Even if you don’t consider yourself a musician yet (you should), try it, so you will start to realize that it becomes easier (and faster) to record and perform beats and melodies. 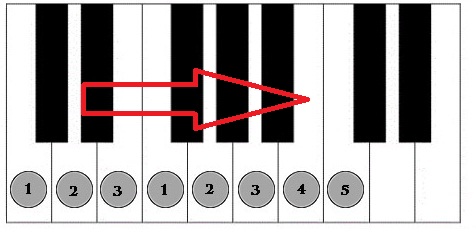 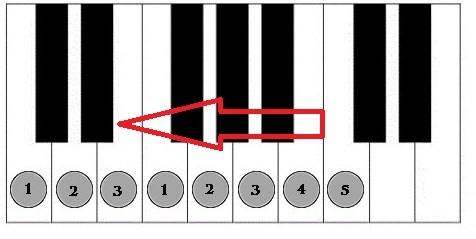 Finger 3, in this case, will pass above the thumb, as shown in the following picture:

You can practice this exercise with a metronome or with your preferred beat. It would sound like this:

And now with a beat:

Have you heard about scales before? This exercise is the C Major scale. We will cover major scales in details in the future.

Keep practicing playing the C Major scale in a slow tempo at the beginning, until you feel comfortable playing it. The primary focus is on the proper finger technique.

After being comfortable playing with separate hands (it can take a few days to a few weeks, depending on your dedication), try to play with both hands together. Yes, it’s tricky, but it’s entirely possible!

Playing with both hands together should sound like this:

Don’ t worry if you can’t play it right away. It also takes some time and patience. The scale technique is a skill that a pianist/keyboardist will use for the rest of their lives!