As part of the interval series, to put into practice what we’ve learned about intervals, today we will learn how to build seventh chords.

An easy way to understand any chord is to consider a given root and build their intervals. So, as we saw before, a triad is a set of three notes: a root, its third and its perfect fifth. The quality of the third will define whether it will be a major or a minor triad. A major triad will have the root, its major 3rd and perfect 5th. A minor triad will have the root, its minor 3rd and perfect 5th.

A seventh chord is a triad plus a 7th. Remember, a 7th can be either major or minor (there are other types of 7th, but we will deal just with major and minor for now). If you’re not comfortable with triads or sevenths, I strongly recommend you to read the previous articles about it.

Consists of a major triad plus a major 7th. You can find a major 7th by lowering an octave a half-step. Or, in short, low the root a half-step. For example, if you want  to find C’s major 7th, just go down a half-step, which is B. Easy, huh? 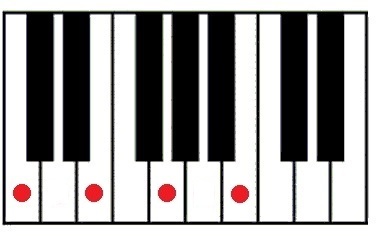 The chord symbol for C major 7th will be Cmaj7

Consists of a minor triad plus a minor 7th. How to find a minor 7th interval? A hint: go down the root a whole step. 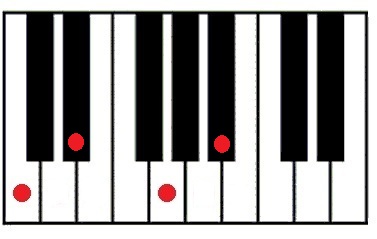 The chord symbol for C minor 7th is Cm7

A dominant 7th consists of a major triad plus a minor 7th. It’s the most important 7th chord, because it causes a “tension” that needs to be resolved to the tonic note or chord. 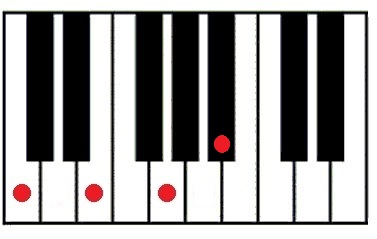 The chord symbol for C dominant 7th is C7.

Consists of a minor triad plus a minor 7th. It can sound a little awkward, due to its dissonant nature. In pop and rock music it can appear in some chord transitions, but it’s very used in jazz, salsa and flamenco. 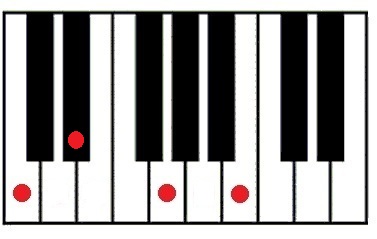 The chord symbol for C minor major 7th is Cm(maj7).

That’s it! In the next lesson we will practice building several triads and chords, as well as creating some chord progressions.