In this lesson, we will learn how to build minor scales. If you’re already familiar with how to build major scales, you will be able to learn it easily. However, if you’re still not comfortable with building major scales, I recommend you to read the previous articles about this topic.

Although a good number of songs in popular music are written using major scales, it’s good to know that a lot of songs are also written using minor scales. One thing to point out is that Western music composers use mostly major and minor scales, although some of them create songs using modes or even other types of scales.

There are three types of minor scales: natural, harmonic and melodic. Today we will learn the natural minor scale.

The sequence of steps for the minor scale will be: W,H,W,W,H,W,W.

The A Natural Minor scale is the best example to show because it has no sharps and no flats:

Also, notice that A is the 6th degree of C Major scale: 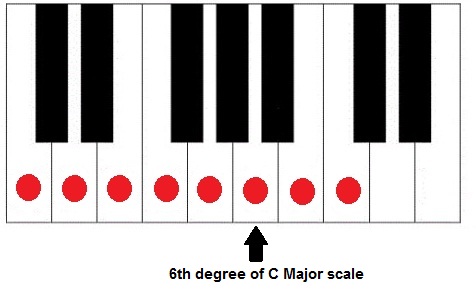 Notice that I had to sharp the F note, so that we could have a half step from degrees 2 to 3.

Also, notice that E is the 6th degree of G Major scale:

See the pattern? If you start a major scale by its 6th degree, you will have a Natural Minor scale, because it will follow the correct sequence of half steps and whole steps. So, here’s the first rule: every major scale has a relative natural minor scale (and vice versa).

With that said, here’s what we need to know to build any natural minor scale:

Working with this idea of relative scales will save us from counting half and whole steps to build the minor scale since we will already know the key signature.

A fast way to find the relative minor scale of a major one is to go down the tonic 3 half steps. Take as an example the C Major scale. Going down 3 half steps from C will be an A. So, A Minor will be C Major’s relative scale.

Similarly, if you want to find the relative major scale of a minor scale, just go up the tonic 3 half steps. Let’s use the A Minor scale as an example. Going up 3 half-steps from A will lead us to C:

Let’s use these steps to build another natural minor scale: D Minor scale:

Now we need to find the key signature of D Minor. To do that, let’s find out what is the relative major scale of D Minor. 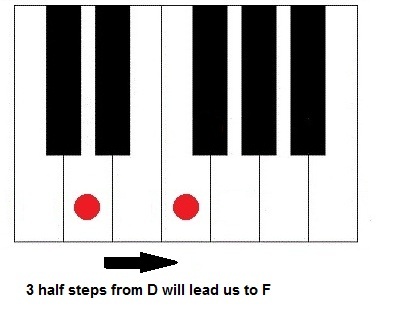 Notice that the key signature has 1 flat (Bb).

So, all we need to do is to keep the key signature and start the scale with D. Here’s D Minor scale: 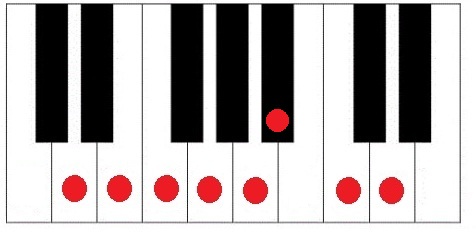 That’s it! In the next lesson, we will continue to build natural minor scales.