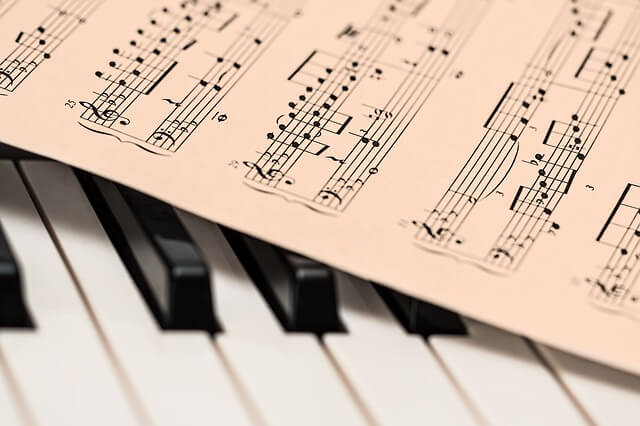 In the last lesson, we learned how to build the harmonic field of a  major scale. It’s a process of adding thirds to a note so that we can create a chord.

For example, let’s assume that you’re asked to play a song, and another musician tells you “just play II-V-I from C Major”. What will you do?

Well, with the knowledge that we’ve been learning so far, it will be easy. II-V-I from C Major means that you have to play the chords created from the 2nd, 5th and 1st degrees of C Major scale, that is Dm-G-C.

We also had a homework to do. Here it is:

The more you master major scales, the easier it is to work with its harmonic field.

We also learned that we create harmonic field’s chords by overlapping thirds of a given scale degree. For example, C Major triad is nothing more than C plus two thirds: C to E is a third; E to G is also a 3rd: 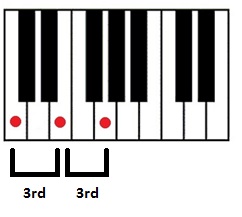 Another important topic learned is that all chord notes will be included in the given major scale.

What would happen if we decide to include another 3rd in any triad of a harmonic field?

That’s correct, we would have a 7th chord: 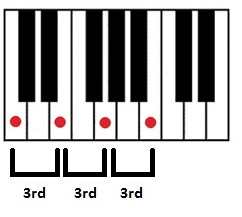 So, in this case, we have a Cmaj7 chord. Chords which have 4 notes are also called tetrads.

Below we have the harmonic field of C Major scale, build with tetrads:

That’s it! In the next lesson, we will continue learning about the harmonic field.