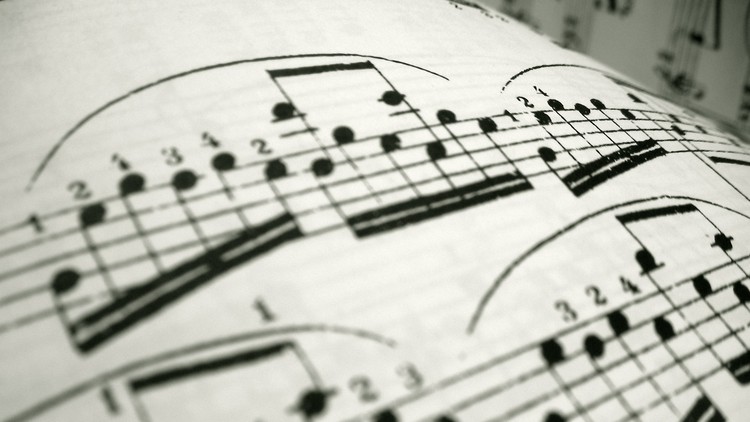 In the last lesson, we were learning about some common harmonic progressions used in popular music. The idea is to show you how the knowledge about scales, chords and harmonic field can take you to a new level of creative composition. Always keep in mind that known model of subdominant/dominant/tonic movement.

Although important, knowing these chord progressions shouldn’t be the only way to create music.

Once you know how music composing works, it’s easier to create new ways to express yourself through music and sounds.

With that in mind, let’s check another chord progression which is largely used in popular music.

This one is also called the 50’s Progression because it was very popular in the 50’s and the 60’s. Here’s how it is in C key:

You can hear this progression in the songs Stand by Me and Earth Angel, for example.

The 50’s progression can also be heard in the I-VI-II-V-I, where the II chord is used as a substitute for IV:

There’s a topic about chord substitutions in a previous lesson.

It is a 12-bar progression, and we show it below in the key of C:

The formula is I-I-I-I-IV-IV-I-I-V-IV-I-I. Its core is the I-IV-V progression. You can find several variations of this one, and it’s also very common to see a V chord in the last position working as a turnaround – that is, a tension that will lead to the beginning of the progression again. Mostly all blues songs will follow this pattern.

The blues progression has one more peculiarity when played in the Blues genre: all chords are dominant chords. It means that all chords have a minor 7th like shown below (notice the V7 turnaround):

You can use these progressions to practice several music skills, such as key transposing, comping, improvising, arranging, and much more.

As you become familiar with the most used chord progressions, it will be easy for you to recognize them in a song. After that, learn to play that song is just a small step.

That’s it! In the next lesson, we will continue to learn about functional harmony.