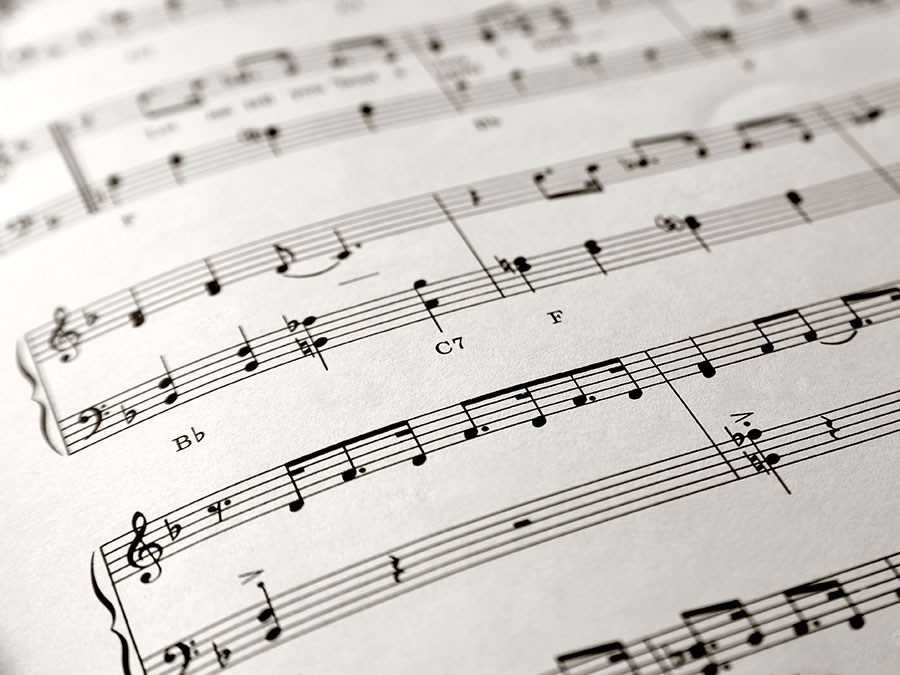 Today we will learn about broken chords and arpeggios. We will also learn how to practice those subjects and why it is so important to develop technique skills. Along with music reading, scales and chords, practicing arpeggios will give you a solid piano technique background.

The best approach to master those skills is to first understand the basic idea. Then start practicing: always play separate hands at first, in a slow tempo. Playing slowly will give you time to develop the ability to read while play and also to assimilate the technique. Only after that you can start playing with both hands together.

Notice that the broken chord pattern gives the harmonic foundation so that the composer can develop the melody. You can practice this example playing with separate hands first, and then slowly playing with both hands together.

You can practice by playing the examples above and also create your own broker chord patterns.

An arpeggio is a type of broken chord where the notes are played in an ascending or descending order. It can also span more than one octave. The word arpeggio comes from the Italian “arpeggiare” that means “play on a harp”. So, an arpeggio is like to play like a harp-style.

Arpeggios are one of the most important techniques in music. Monophonic instruments (aka instruments that can play only one note at a time), such as flute, sax, trumpet, etc. make use of arpeggios so that they can voice chords and chord progressions.

An arpeggio is a group of chord notes played one after the other, going up and/or down. There are several arpeggio patterns and the idea is to start with simple patterns so that you can better understand and practice.

Here’s the same example for the left hand:

That’s it! In the next lesson, we will continue to learn about arpeggios.