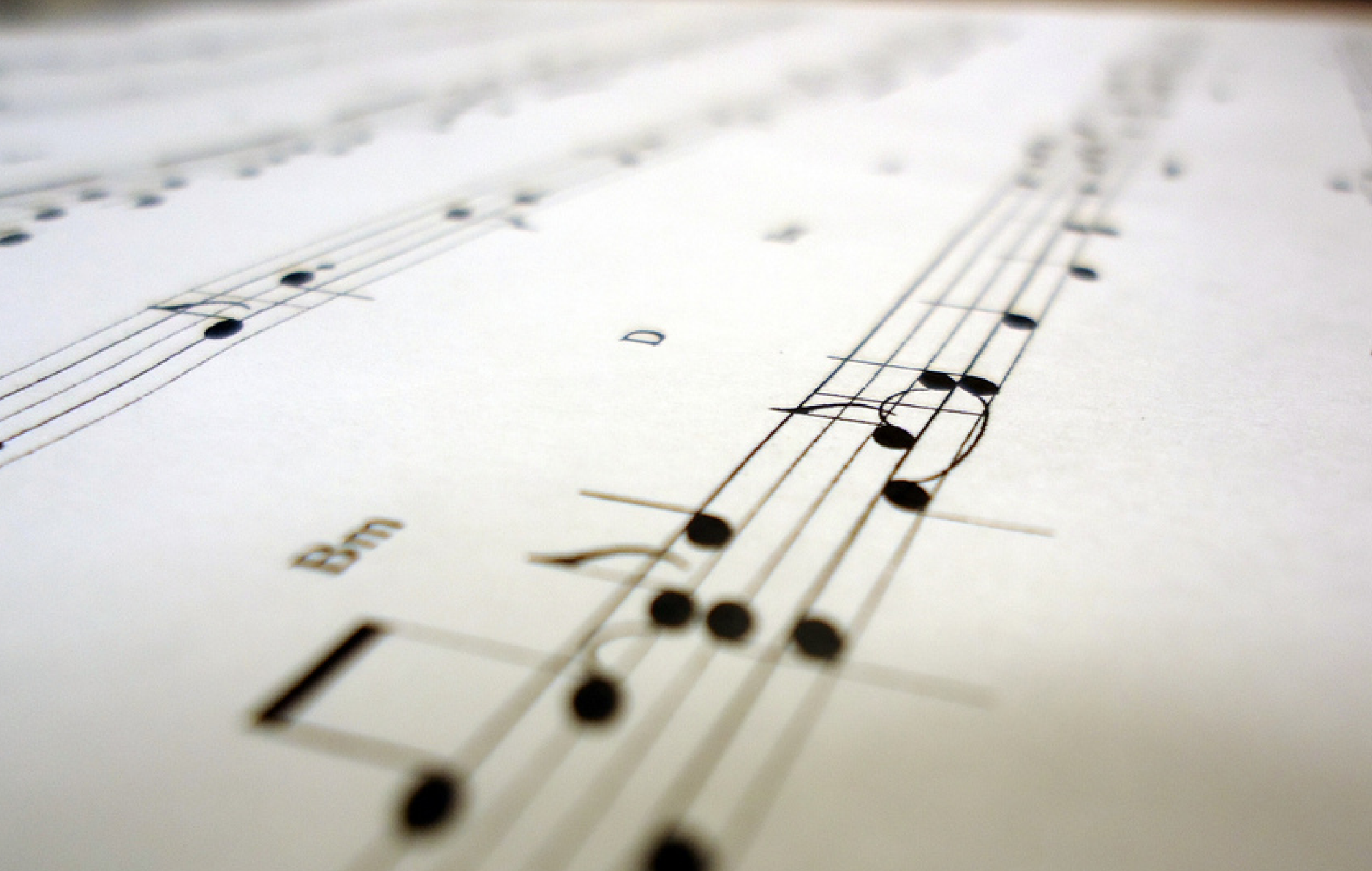 MUSIC THEORY FOR PRODUCERS – Today we will continue to study note duration by learning to identify a few more beats. I recommend you to read the previous lesson for better understanding.

In the next examples, we will listen to an audio sample of a beat and a groove. We will identify drum parts, as well as note duration. It’s not our goal to identify the note pitch by now – we’ll learn that in the next lessons.

The examples will also show the music notation for each audio sample and also how they are programmed in the step sequencer.

All examples are played in a 4/4 beat (a whole chapter about time signature will be given in a future lesson).

The best way of accurately identify note duration is to learn how to count music. The vast majority of tracks of Pop and EDM music are build in a 4/4 beat. So, when you hear a kick playing like this:

With that said, let’s hear Example 1:

Three drum parts are playing: kick, snare, and hi-hat. Let’s start with the snare: notice that it’s possible to hear it on beats 2 and 4 of each bar. So, the notation for the snare will be:

The symbols on beat 1 and 3 are called rests. Rests are ‘silences’ in the music with the same duration of a note. Each note has a rest correspondent symbol. Here they some rest symbols: 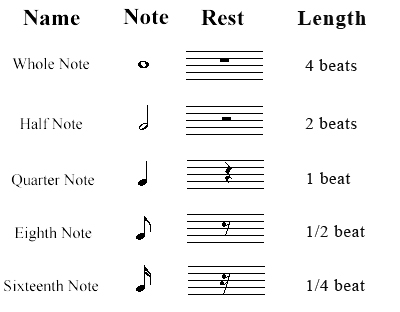 So, a quarter rest will last 1 beat as well.

Although the snare might not last a whole beat, it’s a common habit to write it as a quarter note. The same applies to other drum parts. It makes the reading a lot fast and easy.

Here’s how to program the snare in the step sequencer:

Assuming that the 16 buttons correspond as 1 bar, we set buttons 5 and 13 for the snare.

In all examples, the step sequencer is set as 1/16 – meaning that each button will work as a 16th note.

Each hi-hat has the duration of an 8th note. Notice that it’s possible to hear 2 hi-hat sounds per beat, both with the same length. How to count music when you have 8th notes? Use this count: “one-and-two-and-three-and-four”, as if each word would be equivalent to an 8th note.

In the step sequencer:

Notice that the kick appears on beats 1 and 3, but it appears as 8th notes on beat 3.

In the step sequencer:

Example 2 shows a bass line. Can you guess how to write the music notation for that? You can hear the example several times before writing it down. Here it is:

Here’s how to set it in the step sequencer:

That’s it! Any musician or producer can improve their listening skills by learning to count music and write it down. Don’t worry if you can’t identify immediately – with practice it will become easier.