Today we will continue the Intervals topic by learning about 6th and 7th intervals. As you saw in the previous lesson, mastering intervals will help you to build any major or minor triad. We will expand this concept, and at the end of today’s lesson, you will see that you will be able to build almost any kind of chord, without needing to memorize chord diagrams that might seem meaningless at first sight.

As we already know, 6th and 7th intervals can be primarily major or minor. There are other possibilities, but let’s focus on these two for now.

Major 6th – it’s a 6th spanning nine semitones. As you can see, as you go through the intervals, it becomes less practical to count semitones. That’s why I prefer the “previous interval” method. So, to easily find any major 6th, you start by finding the root’s perfect 5th and then go up a whole note. For example, let’s use the C again as the root. We already know that G is C’s perfect 5th. All we need to do now is to go up one more whole note, which is A, and there’s C’s major 6th:

As you go practicing, in a short period you won’t even need the “previous interval” approach. You will instantly visualize any interval. And then you will experience a great sense of freedom, musically speaking.

Minor 6th – it will be a no-brainer if you’re already familiar of how to change any major interval into a minor. So, all you need to do is to lower the major 6th by a half-step: 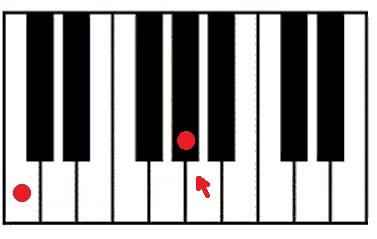 Major 7th – it’s a 7th spanning 11 semitones. You don’t want to keep counting semitones, right? So, there are two fast ways of finding any major 7th:

1) By finding the root’s major 6th and going up a whole step;

2) By finding the root’s octave and going down a half step.

Method 1 uses the previous interval approach. You find the major 6th as you have just learned, and then go up one more whole step. Using C as the root, here’s its major 7th:

Method 2 is a lot simpler. Go up one octave (or perfect octave), which is the next C,  and then lower it a half-step. 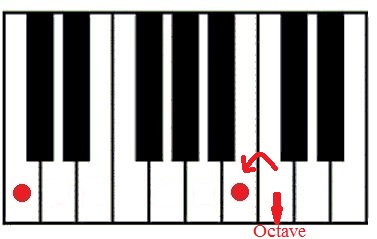 Again, with practice, you will find those intervals in a snapshot.

Minor 7th – There are also two fast ways of building any minor 7th:

1) By lowering the major 7th by a half-step;

2) By lowering the root’s octave by a whole-step.

Method 1 is similar to the 6th approach: find the major 7th and then lower it by a half-step, which in the C example will be Bb: 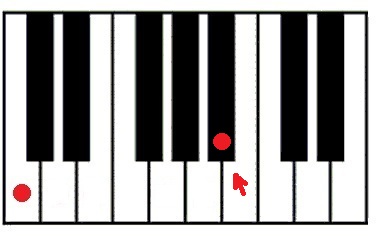 With C as the root, lower the C’s major 7th a half-step and then you have C’s minor 7th.

Method 2 is faster: find the root’s octave and go down a whole-step:

That’s it! In the next lesson, we will use what we learned today to build 7th chords.