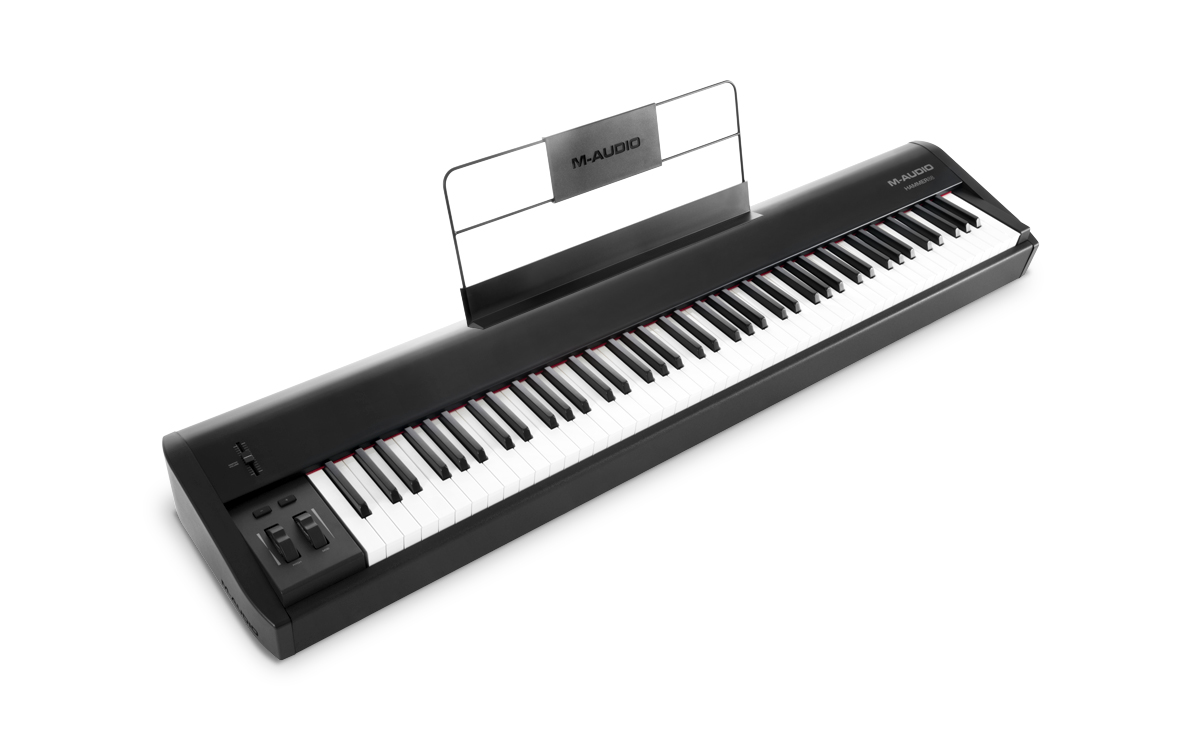 M-Audio has just released Hammer 88 – an 88 fully weighted hammer action controller. The product is designed for professionals, semi-pros, students and anyone who wants a realistic piano experience.

Hammer 88 is a very easy to use instrument. No drivers are required – just connect the unit to a computer or any Midi module and that’s it.

Along with the 88 fully-weighted keys, there are Octave up and down buttons, pitch bend and modulation wheels, and a Master volume fader by default. The user can assign other functions to the controllers, such as pan, effects volume, program change, and more.

Hammer 88 comes with a software editor, and it will be possible to set parameters like zone channel, channel, program change, CC values, among other controls.

The rear panel has Expression, Soft and Sustain pedal inputs, 5-pin Midi Out jack, USB port and a power input. The unit only will require a power supply when used in stand-alone mode. No external power is required when connected to a computer.

Hammer 88 comes with a set of amazing award-winning software included: Ableton Live Lite 9; Air Mini Grand, which is a virtual piano instrument with seven different acoustic piano sounds. There’s also Sonivox Eight-Eight Ensemble, a virtual piano that captures the CD327 Steinway piano sound. Air Velvet is also included – it is a virtual electronic piano with has five legendary electric pianos in the library, such as Fender Rhodes and Wurlitzer. There’s Air DB-33, a virtual organ that recreates tonewheel organs, such as the Hammond B3. Finally, Hammer 88 comes with a 3-month subscription of Skoove, an interactive piano learning method.