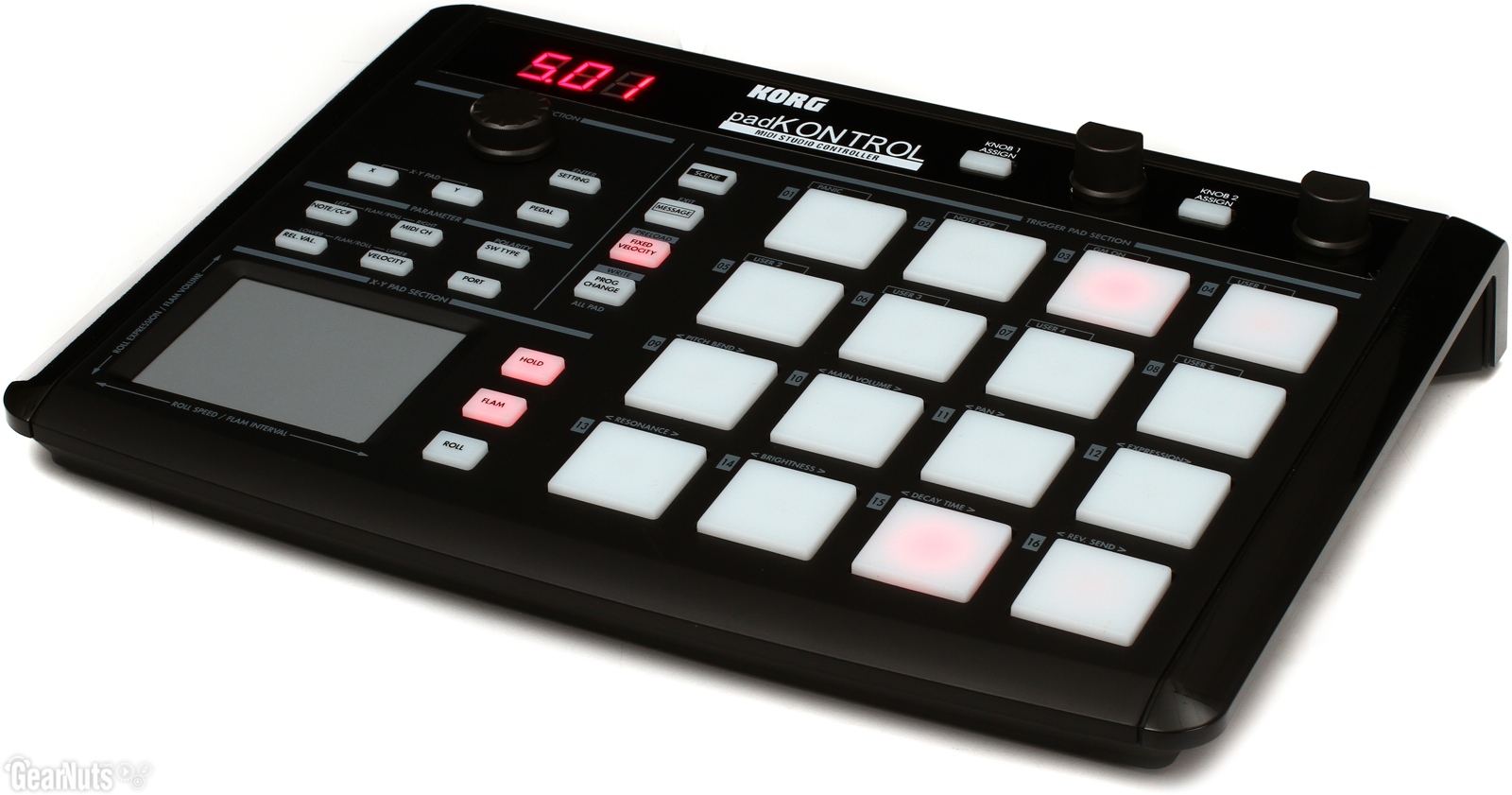 Pad Kontrol is a midi controller by Korg, perfect for beat makers, producers, DJs and musicians. It’s great either in studio or stage due to its easy to use platform and cool features.

All PadKontrol buttons and functions can be customized and saved in templates called “scenes”. There are 30 scene templates and it’s possible to save 16 user scenes.

The user can control most VST instruments with PadKontrol, mostly virtual drum machines, samplers, and even synths. There are several options for realtime control in a straightforward interface.

The product has sixteen velocity-sensitive trigger pads, with led illumination. In Edit mode, each pad has additional functions such as setting pitch bend, pan, expression, resonance, decay time, and more. A Hold button will allow the sound be sustained, which is great for pads and synth sounds, for example.  There are buttons for Roll and Flam as well. 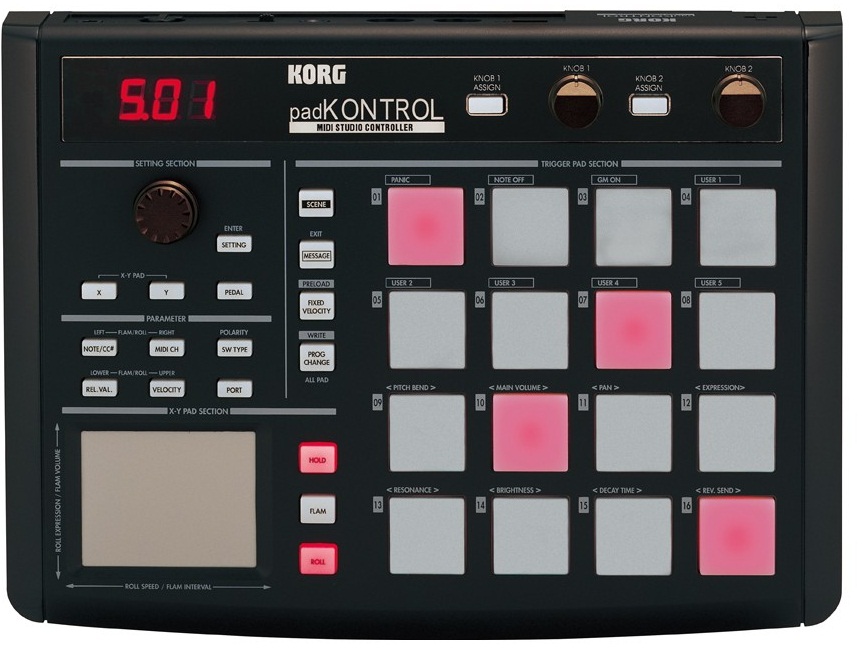 At the top, there are two assignable knobs, so that the user can control any midi parameter such as volume, effects, pan, and so on.

At the left, there is a display that shows information such as parameter settings and scene numbers.

An interesting feature of Pad Kontrol is the X/Y pad, which is similar to the one found on Kaoss series. So, while controlling a given music software, the user can assign not only effects to it but any midi parameter as well.

The rear panel has a USB port for both power and data, 5-pin Midi In/Out jacks, a power switch, a power supply connector and a pedal input. You can connect any pedal switch, no matter the polarity, and then assign any midi controls to it, such as note on/off, midi channel, and more.