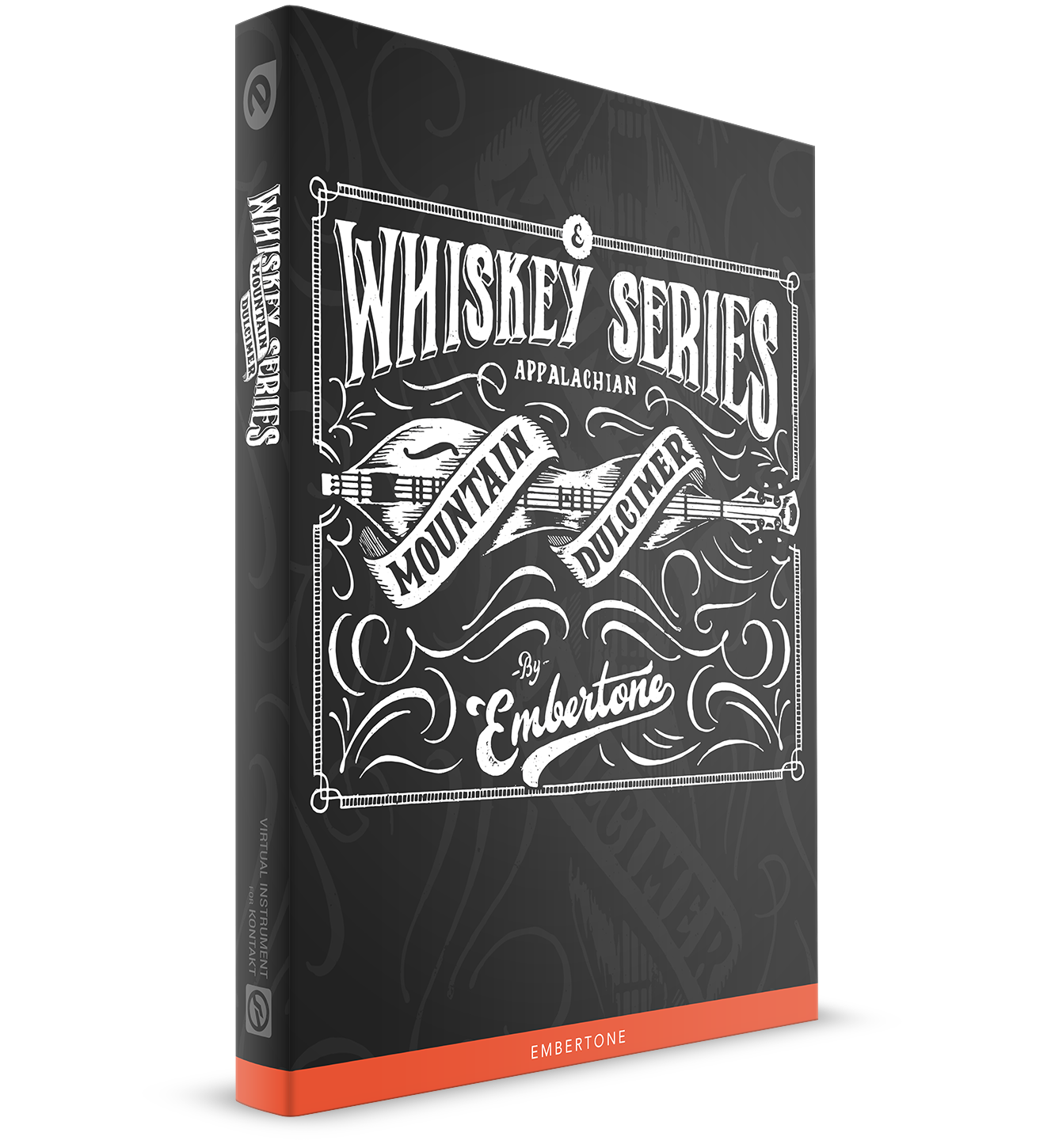 Originating in Appalachia, an area in the United States spanning the central and southern sections of the Appalachian Mountains, the mountain dulcimer is both beautiful and incredibly intimate — not to mention very versatile — as a unique-sounding strummed zither that takes many names — namely, the Kentucky dulcimer, plucked dulcimer, fretted dulcimer, lap dulcimer, teardrop dulcimer, box dulcimer, and mountain zither, to name but a few. For Embertone’s exploratory sampling team, though, mountain dulcimer it is… and Mountain Dulcimer is its sample-based virtual instrument namesake, kicking off the company’s tasty-sounding Whiskey Series.

Sampling the heck out of a handsome handmade mountain dulcimer with a sweet, beautiful, and inviting tone, Embertone effectively jumped down the rabbit hole, risking total insanity to produce an intuitive, versatile, inspiring, and, ultimately, useful compositional tool that, in some senses, sounds even better than the real thing to (partly) paraphrase the 1992 global smash hit single from Irish stadium rockers U2 — no strangers themselves to incorporating influences from many musical genres. Get your hands on Mountain Dulcimer and you, too, can apply an authentic Appalachian sound to your music. But be warned: there’s a whole lot more to Mountain Dulcimer than might first meet the ear!

Embertone has helpfully put the musical ball in the user’s court with Mountain Dulcimer… treat this VI (Virtual Instrument) in the traditional sense — as a strummed zither-cum-stunning-sounding acoustic instrument — or take advantage of the boundless love and attention that Embertone has lavished upon it from a deep programming standpoint — by playing chord changes, notes and patterns that clearly could not be performed on a live instrument!

Indeed, the advanced STRUMMER/ARP MODE makes strumming a breeze by offering up a veritable mountain of innovative and inspirational pre-programmed presets — played chords will even be automatically strummed! NATURAL MODE is ideal for delightful drone playing with the left hand controlling up/down strumming while the right hand triggers the drone and melody note. Neater still, SMART MODE allows this intelligent instrument to cleverly choose strings for the user! Ultimately, this time the left hand controls strumming while the right hand dictates the chord played. Moreover, more advanced features — such as strum speed control, legato control, and an intuitive new Keyswitch/CC assignment system — succeed in balancing power with ease of use.

Users of Mountain Dulcimer will no doubt delight in its incredible, deep scripting by Andreas Lemke as they access over 8,900 recorded samples served up in Native Instruments’ NCW (Native Compressed Wave) format (designed to save an imported .WAV audio file using compression so the file uses less disk space) as a 3.2 GB installation at 44.1 kHz/24-bit stereo sample resolution from within the required full version of Native Instruments’ industry-standard KONTAKT (version 5.4.3 or later).

Let us raise a shot glass, then, to toast Mountain Dulcimer, Embertone’s evocative flagship from the Whiskey Series. Seriously fun to play, it adds a kind of magical, organic quality to anything that it touches musically in ways that go beyond words. Why not add it to your sample-based virtual instrument arsenal today and take a trip to the Appalachian Mountains and beyond? Better still, with Mountain Dulcimer you’ll soon be moving musical mountains!