In a previous article (https://creatingtracks.com/cubase-how-to-export-midi-and-vst-instruments-as-audio-files/) we learned how to export your midi/vst instrument as an audio file in Cubase3. Today we are going to learn how to do it, but this time using a hardware synthesizer or keyboard as the sound generator.
Imagine the following situation: you’re working on a new song and you want to replace a piano track recorded using a vst with that wonderful grand piano patch from a Yamaha Motif synth. How can you do it?

In fact, there’s more than a way to do it. Either you can record the track again plugging Motif’s left and right audio outputs in two input channels of your audio interface, or you can use the midi track already recorded and just set Motif as the audio source. The second choice is faster and that’s what I recommend unless you didn’t like the result of your midi track.

So, if you want to record the sound of your hardware synth, you’re going to need both audio and midi connections. Let’s see how:

P.S. If your audio interface doesn’t have midi ports, just use a MIDI to USB cable to connect the midi ports of your synth directly to your computer:

3) Using 2 audio cables, plug the left and right audio outputs of your synth to the audio inputs of your interface: 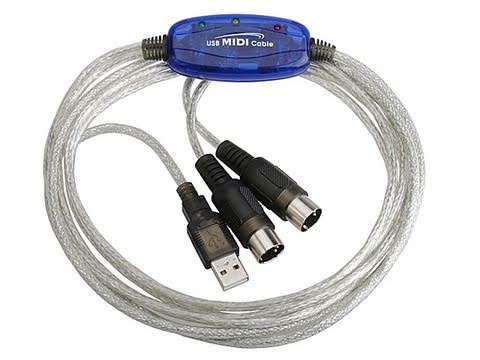 P.S. The above images are for example purposes only.

4) In Cubase4, open your project and create an additional stereo track. You can do it by clicking on Project > Add Track > Audio, or by clicking twice in an empty region of the track list: 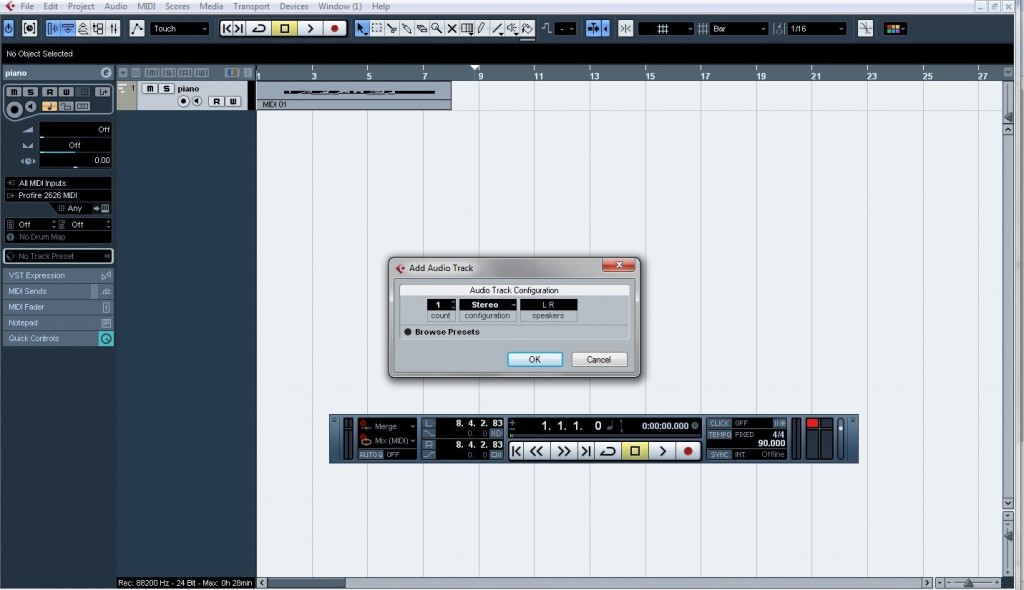 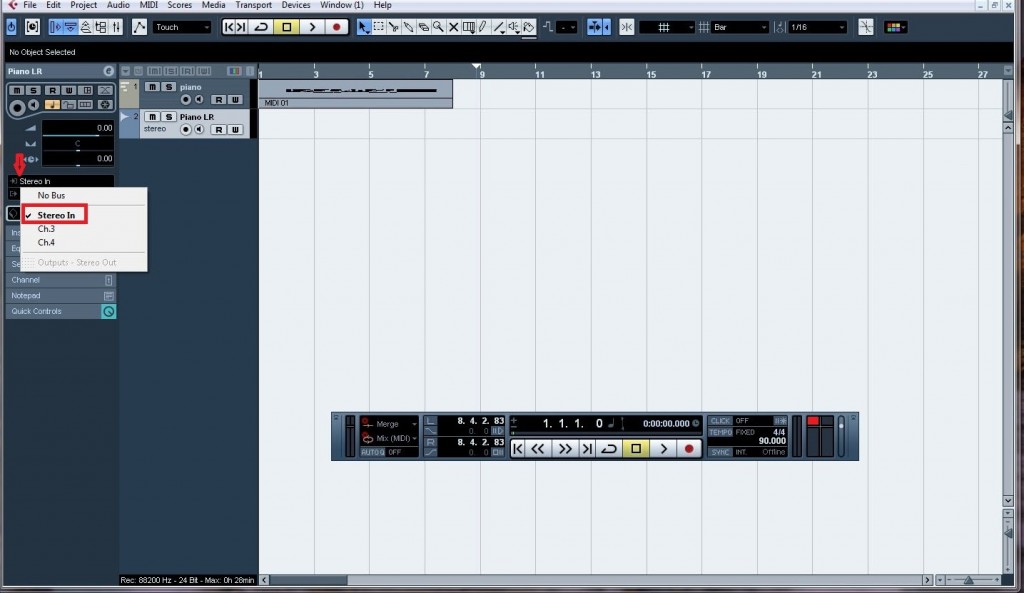 P.S.: You have the same result by adding 2 mono tracks and addressing each interface channel to each mono track.

6) The new stereo audio track was renamed as “Piano LR”. Let’s arm this track for recording: 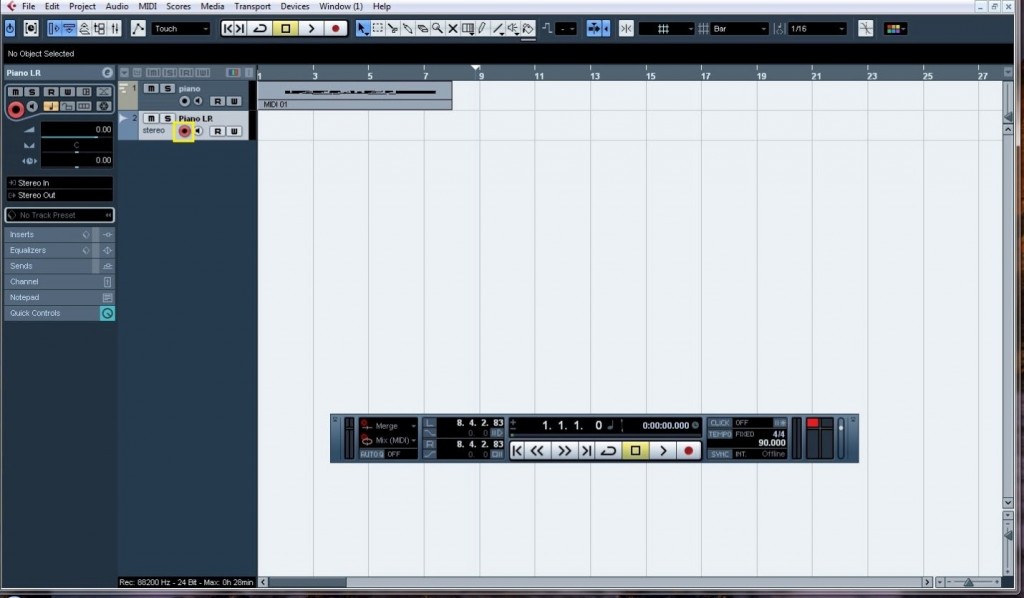 7) Remember to mute any other audio or midi track from your project; 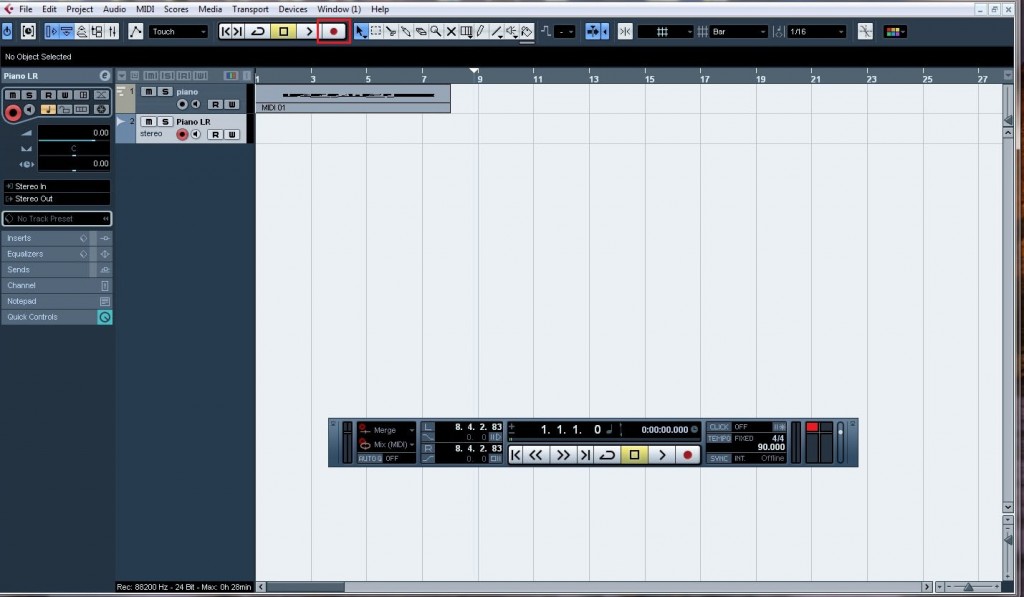 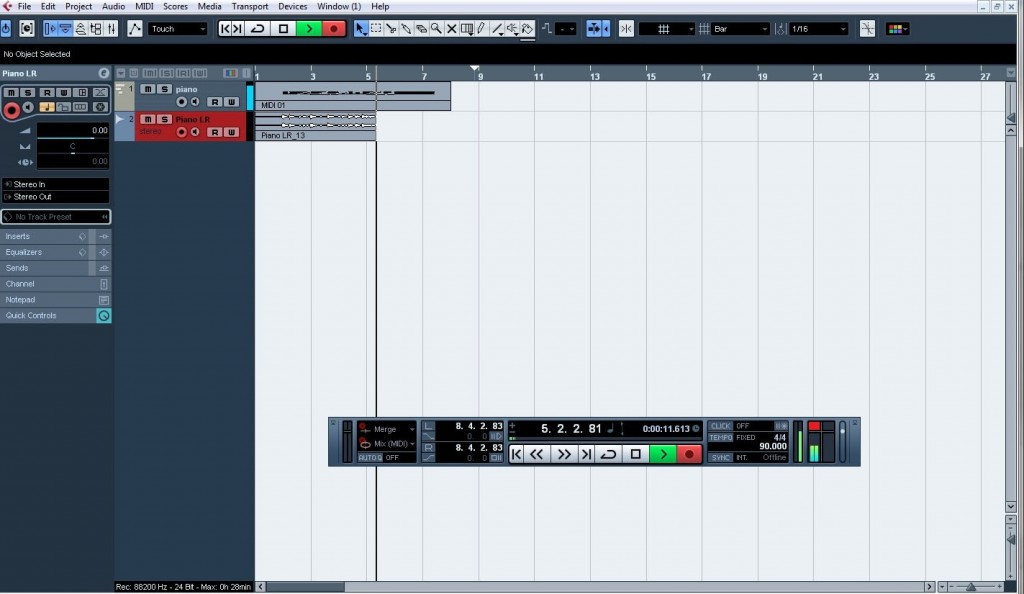 9) Notice that while your midi track is playing, Cubase6 is recording the synth’s audio signal into the stereo audio track:

It’s important to realize that Cubase7 is recording the audio in real time, so you will have to let the midi track play until its end. So, if your midi track lasts 3 minutes, that’s the time you will have your audio track recorded. Imagine that it’s just like you have another musician playing an instrument in your studio while you record the performance.

The audio track is now ready to be used in your project.

So, the major difference between using a patch from a vst and the patch from the hardware synth lies in the amount of time needed to get the audio file generated.

How to add effects plugins in Cubase

How to quantize audio in steinberg Cubase

HOW TO OPEN REASON INSIDE CUBASE