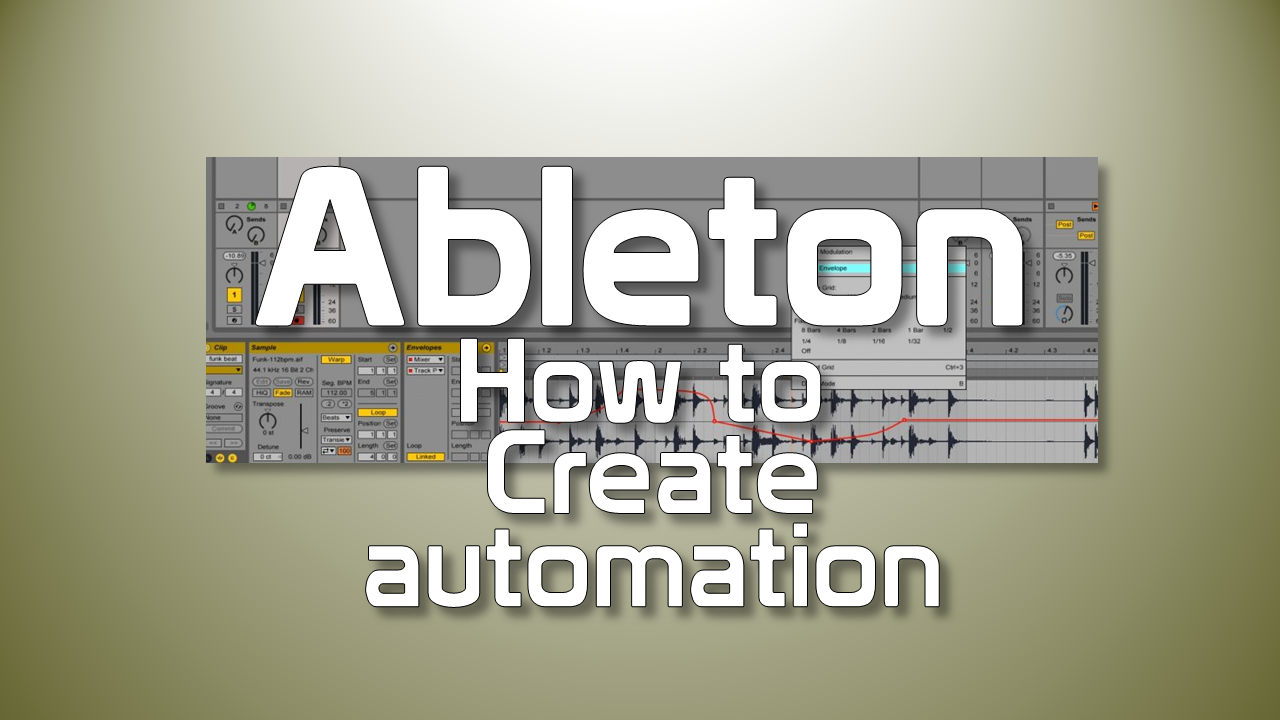 In this lesson, we will learn how to create clip automation in Ableton using Session View clips. Clip automation was a limited feature in previous versions of Live. It wasn’t possible, for example, record automation in real time. From Live 9 on, it became an easy task.

There are two basic ways of recording automation: in real time and draw it manually. First, we will learn how to draw an automation and then how to record it in real time.

1) Let’s open an existing Live Set and choose a track for automation: 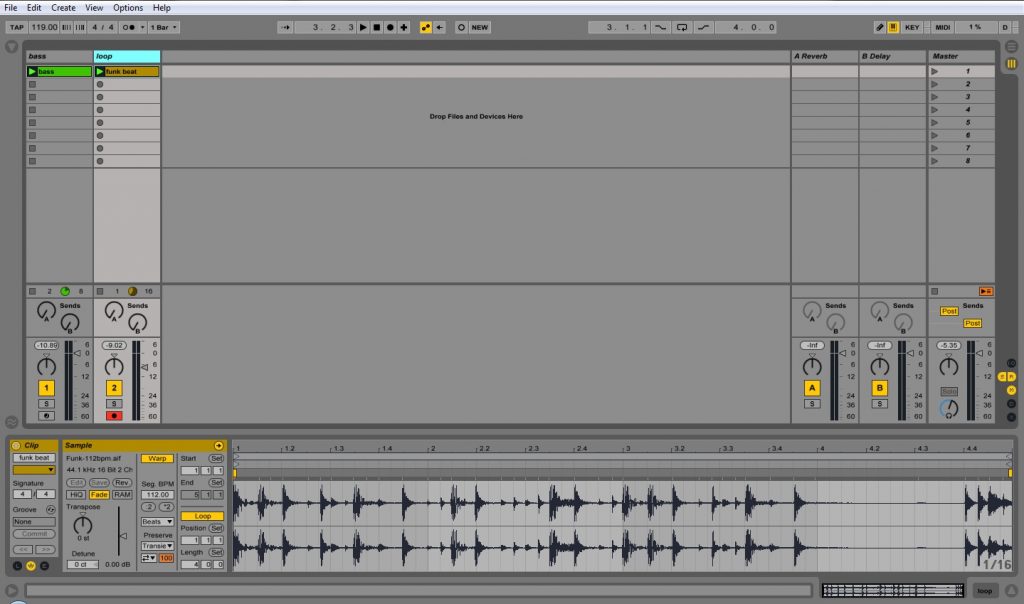 2) I chose the Loop track to record automation. In the Clip Overview, click on the Envelopes Box to enable it:

3)  The Envelopes Box has options for choosing a device to automate and which parameter will be affected. In this case we will select the Mixer as the device and Track Panning to create automation:

4) Now you can drag the automation curve by clicking on the red horizontal line to create breakpoints:

6) You can also alt-drag a line to create a curve:

7) If you want to delete the automation, just right click on the Sample Editor and choose ‘Clear Envelope’:

With these steps, you will be able to work with automation in your clips. Now, let’s learn how to record automation in real time.

1) I will use the same track as the example. To record automation in real time, you have to enable automation recording. You can do that by clicking on the Automation Arm button at the top of the screen:

2) Now click on the Session Record button, which is the circle at the left of the ‘New’ button: 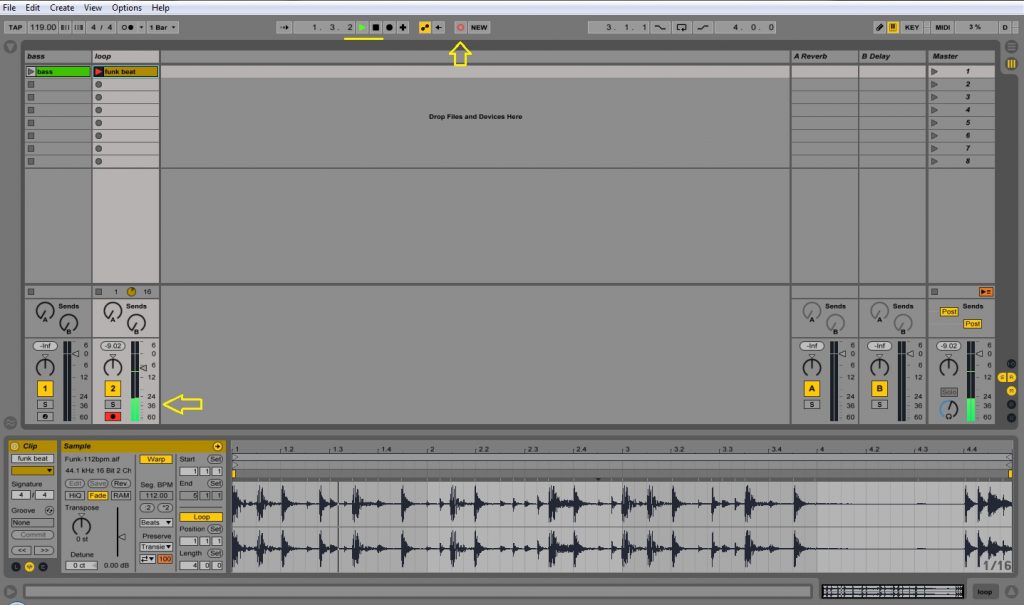 Notice that the Session Record button will turn red, which indicates that the track is playing and any automation will be recorded.

3) I will start to move the Pan button of the Loop track. It will record the changes in real time: 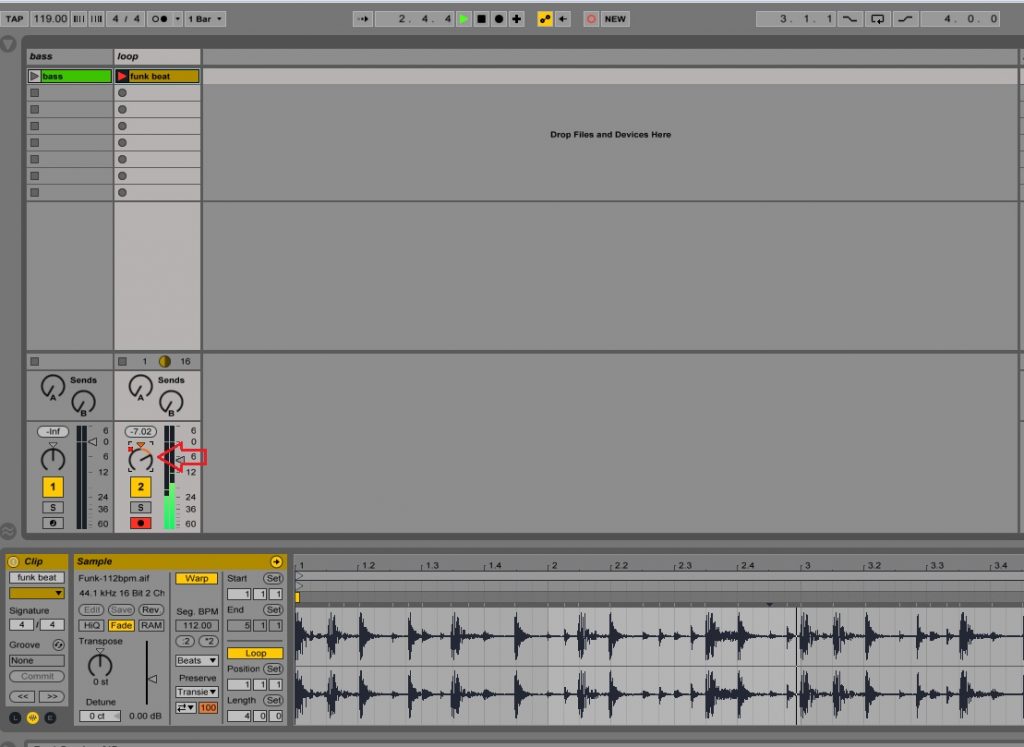 Notice a red square at the left of the pan knob. It indicates that it has automation.

4) If you click again in the Envelopes Box to display it, you will see the red horizontal line displayed, with the automation that you have just recorded:

The difference is that the automation line has a lot of breakpoints, which is an indication of real time recording. You can also edit it and create new breakpoints if you want.

That’s it! Clip automation is an old request of Ableton Live users, and now it is present as an awesome feature.