we look at 5 of the best synths for making trance music in this video from Creating Trance.

So what’s the best synthesizers for Trance Music ?

Although it really it depends on how much you get out of an instrument and how you utilise it, some synths lend themselves better to the trance sound.

You really need to get to grips with its features and spend a lot of time getting to know what it can really do. Since Trance music became popular, we’ve seen some real innovation and progress with VSTs or Virtual Instruments using your host computer. You could say the tendancy these days is to go for a purely controller only keyboard and a great VST. But consider that these synths also double as a great hands on control surface too. 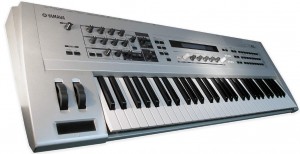 Utilizing Yamaha’s AWM2 Sample and Synthesis technology, the CS6X appeared on the scene around 1999. A highly programmable affair, its real time physical controls lend itself well in particular to trance music. It has some basic sampling ability but also has expansion capabilities for Yamaha’s plugin boards such as FM or Analogue Physical Modelling, if you’re lucky enough to find one these days.