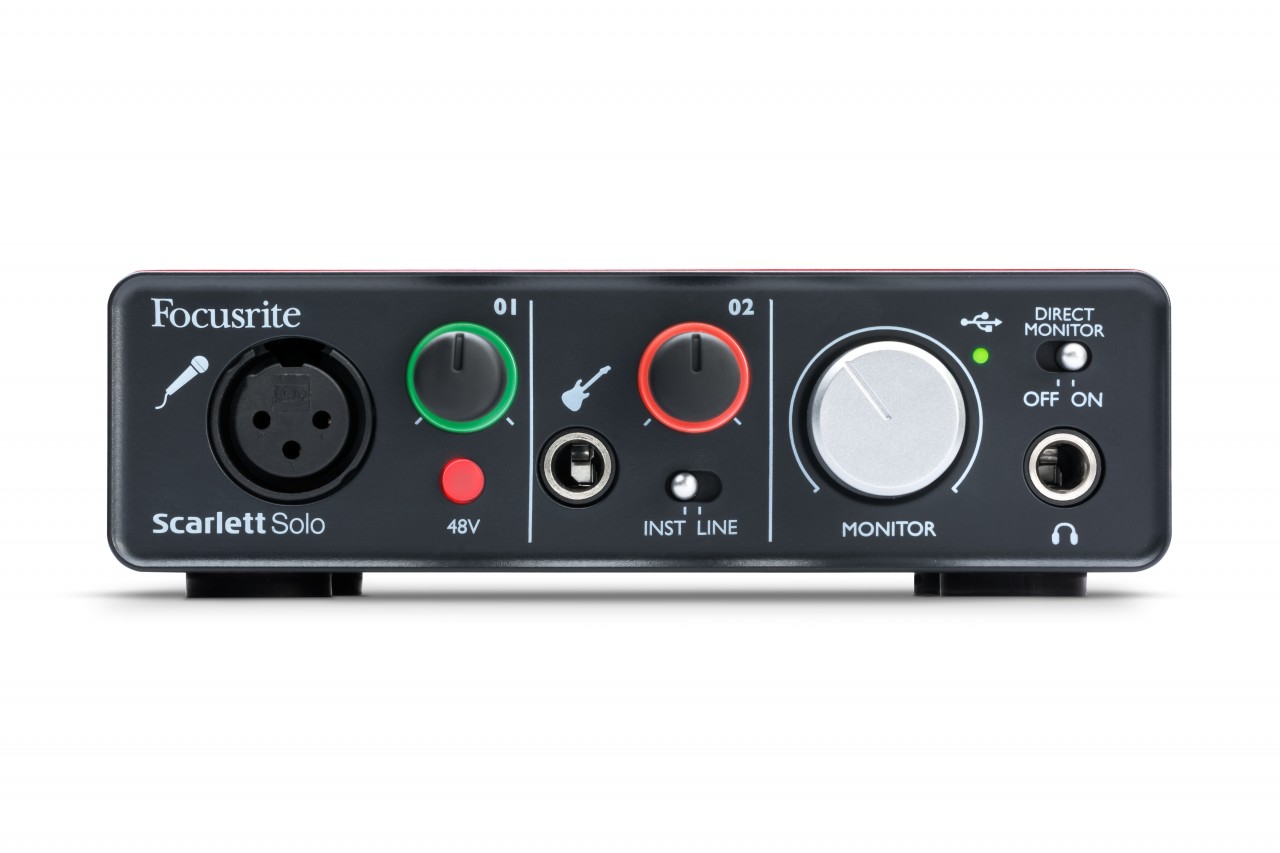 OK, so you’re ready to dip your toe into the water of recording, and we’ve rounded up a list of Budget audio interfaces.
Interfaces that, at under $100, will not only get you up and running, but will still deliver quality results even if the feature list isn’t as long as more expensive interfaces.

The Audiobox not only has 2 combo mic and instrument inputs, it also boasts midi in and out too !
With 24 bit resolution and the free Studio One 3 Artist software thrown in – this is a cracking bundle. 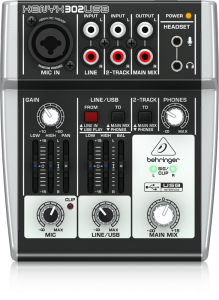 The Behringer Xenyx 302 is not only a USB Audio interface – its also a mixer – how cool is that.
If you’re looking for an affordable interface but also need a mixer – look no further.
The 2 track input features an XLR & quarter inch combination socket, it also boast British style EQ as well.
Behringer have been super generous on the included content front here as well.

This small usb device offers up the ability to record two tracks at once, and sports two TRS line ins, one XLR mic and One Hi-Z instrument input. Typically bundled up with Cubase LE and Lexicon’s Pantheon VST reverb plug in, this is a great addition to the musician just starting out with home recording, with just the right features but for a great price as well. 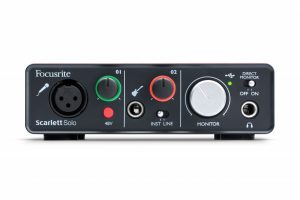 Now in its second generation the Scarlett Solo is a reall workhorse, sporting rates up to 192 kHz and 24 bit.
Featuring the Scarlett mic preamp and a newly designed instrument input, the Scarlett also features Super Low Latency.
Focusrite also throw in a stack of software, A Bass station VST and a sounds and sample pack to help you get up and running, quickly. 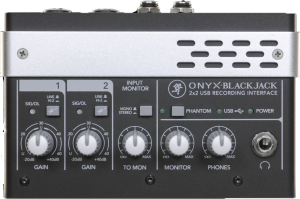 This features the legendary Onyx Pre-Amps and zero latency recording – the blackjack 2×2 also lets both channels double as built in D.I.s for direct connection of guitars, basses etc all wrapped up in a very solid metal chassis. Phantom power and USB

bus powered – this built like a tank interface will last you a long long time, and despite its price, brings a real quality pre-amp to the party.

Any of these 5 budget audio interfaces offer great value for money and will have you recording in no time. The bundled software each of them includes are fantastic but in each of them, the Pre-Amps are all of decent quality, so you’ll be able to achieve some excellent results.

We hope this short guide has helped you with your music making and that you’ll enjoy Creating Tracks !