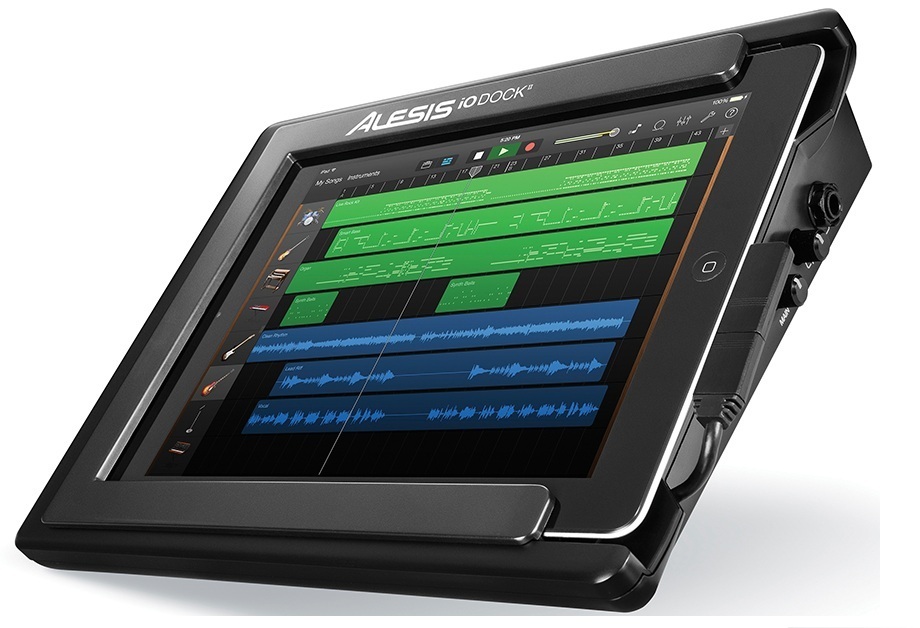 iO Dock II is a new version of Alesis previous iO Dock – an accessory that will transform your iPad into a recording system. With iO Dock II, you can connect microphones and instruments to the iPad and produce your songs using your preferred recording app, as well as control any music app using your hardware controller.

The unit is compatible with iPad, iPad 2, iPad 3rd Gen and iPad 4th Gen. It has both Lightning and 30-pin adapters included. All you need to do is to slide the iPad into the dock and start running your music creation apps.

All connections are distributed through rear, left and right panels. 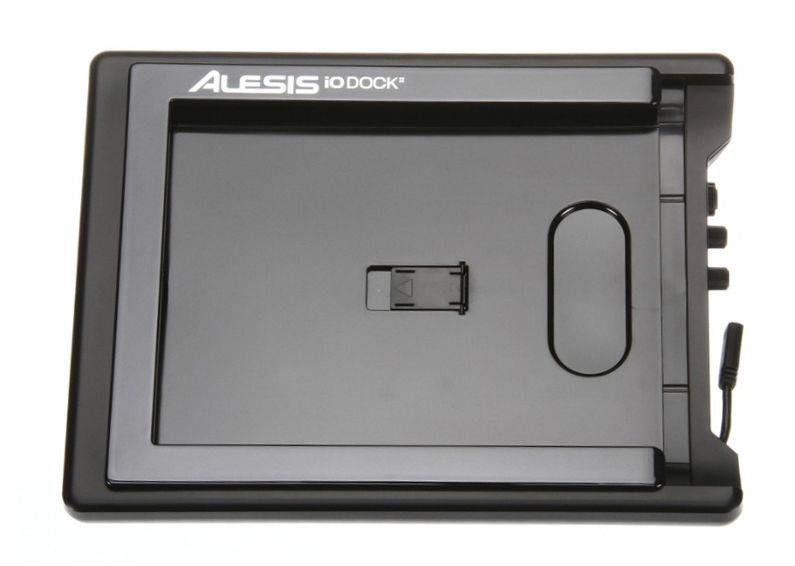 In the back panel, there are the main connections: two main outputs (left and right) so you can plug reference monitors or speakers. A direct monitoring switch is also present.

Notice that iO Dock II has two combo XLR/TRS analog inputs with individual volume knobs, so it will make the unit similar to a 2in-2out audio interface. Input 2 has also a guitar-mic/line switch so this is the input that you must use to directly connect high-impedance instruments, such as guitars. You can also connect condenser microphones to the inputs since iO Dock II has a +48V phantom power included. There’s also a footswitch jack, as well as a DC input (adapter included).

The right panel has two independent knobs to control the Main volume and the Phones volume. It also has a 1/4 jack to connect headphones:

The left panel has Midi In/Out jacks, as well as a USB Midi connection. Both are used to connect the iO Dock II to any midi hardware, such as keyboards, synths, and drum machines:

iO Dock II requires that you always connect the power adapter to wall power (it will keep charging the iPad as well.

– Works with virtually any Core Audio or Core Midi app in the AppStore;